How Do Lake Species Spread?

How is it that there are freshwater fish species that naturally (barring human influence) have a distribution that stretches thousands of miles across the United States? 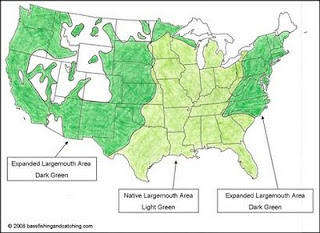 Draw your eyes to the diagram to the right.  Not only because of the expanse of the natural distribution of largemouth bass (light green), but also of the ability for sport fishermen to spread a species quite easily (dark green).  (also, as an aside, observe the wonderful shadow effect of the distribution of the largemouth bass that couldn't make it over the Appalachians!)
So, let's start a list and please, please add to it so that we can understand how freshwater imprisoned species can make jail breaks and spread to other regions. 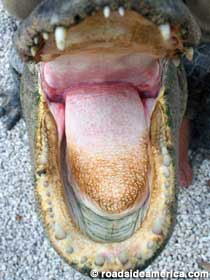 Piggy Back Rides - let's go with the simplest explanation first - they hitchhiked.  This may seem far fetched, and it is, but we are going to have to not rule out some quite far fetched ideas if we're ever going to explain the far fetched true nature of the reality presented to us  came to be (i.e., that species are where you might not think they should be).  Think of the moist caverns of a alligators jaw, or a nooks of a turtle's plastron and body, or perhaps the fur of an otter, beaver or other aquatic animal. or, who knows, maybe even the inside hook of an osprey/bald eagle's claw...extremely unlikely for almost all of them, but it's a brainstorming thought... 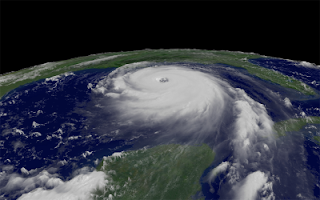 Hurricanes- and by hurricanes I actually also mean all major storms and floods (they're just the most dramatic).  If I didn't come from Florida this would seem much more far fetched.  In bio-geography you hear some strange stories.  Think of the Galapagos.  How the hell did tortoises swim to an island 650 miles from South America?  Seriously, how?  Same goes for the iguanas there.  How did the monkeys that now populate South America make their way from Africa?  How did the Giant Sloth reach North America?   How were any of the Caribbean islands populated with any of their mammal or reptilian fauna?  They rafted over.  That should amaze you.  It really should.  And, we can thank hurricanes and typhoons for a great majority of the DNA/species churning of the world.  I've seen many mighty trees felled in Florida by hurricanes and it isn't too unreasonable to see stow-aways clinging to these during times of a tumultuous tempest.  While the examples I've given are for terrestrial animals, the principle is the same - massive, devastating weather systems mix the biological cauldron of life.  Floods spill species. 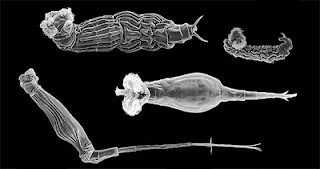 Zephyrs - This clearly has limited application, but it by far the most interesting to me.  Did you know that there are species of rotifers (a water bound species) that can desiccate themselves and go air born to spread?  That's ridiculous!  Not only that, but that can help to explain how they've managed to asexually divide for millions of years and not have completely mutated themselves out of existence (which, is the fate and demise of most asexual reproducers).  When they dry out their DNA gets shattered, which makes it possible for when they are rehydrated to fuse with other DNA from other living organisms and sometimes, chance against chance, evolve effectively this way.  (see http://scienceblogs.com/notrocketscience/2010/01/rotifers_find_answer_to_parasites_by_blowing_on_the_wind.php for more info) 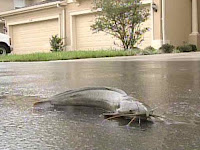