It's been estimated that bird's lungs work on average three times more efficient than mammals.  While a human may be strapped to the hilt with oxygen canisters climbing Mt. Everest at barely a crawl, it's possible for them to look above them and actually see a Bar-Headed Geese flying lazily over them (which is especially neat since it's thought that their annual migrations pre-date the Himalayas, hence the ridiculous journey.  Old habits. :) ).

How do they do it?
They cycle, not just pump.
Air enters their lungs (often on the up beat of their wings) and goes into several sacs at the back of the lungs.  The exhale takes that air through a lattice of capillary saturated branches that lead to a few more sacs that eventually exit the air (often on the down stroke).
The system seems rather counter intuitive and circuitous, but its strong suit is that it can create a constant flow of oxygen rich air to the blood stream.  Our arguably inferior spongy lung system pumps rather utilizing this odd circulation method. 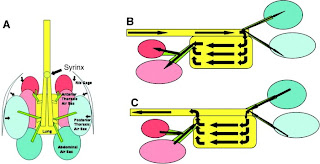 Interestingly, there has even been speculation that dinosaurs had a similar lung system based on their rib/bone structure and the fact that some scientists have estimated that there were somewhat low atmospheric oxygen levels during roughly 100m years of the Mesozoic and they would need some very specialized breathing adaptations to obtain the massive size they did. 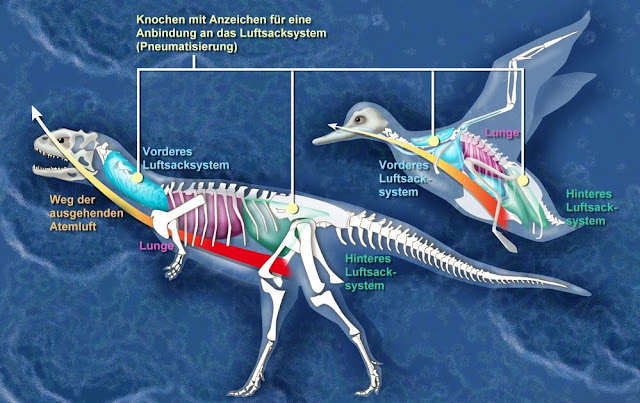