I advise you not to skip the above video.  It's really good and will frame your reading of the below.


I was recently in conversation with someone who expressed an exceptional distaste for the, "glaring inconsistencies, logical fallacies and general ridiculousness of Christian's doctrines and holy writ."  How could anyone be so stupid as to believe in religion was the general sentiment.  Unfortunately, the way the conversation rolled I didn't get to respond quite how I wanted to, so I'd like to explain here why I disagree and explain how the religious are not as different as he'd like to believe.
Humans trust.  Homo trustiens.

Immediately you want to deny what I just said.  Your mind is flashing on your consciousness's movie screen the images and memories of lies, liars, half-truths and deception.  Yes, but why is lying so awful?  Because it's a shocking exception to the general rule of honesty.  Why is it so easy for people to lie?

Because people are trusting.

I'd like to show you three arenas in which this is true: our evolutionary history, the sciences and finally in religion. 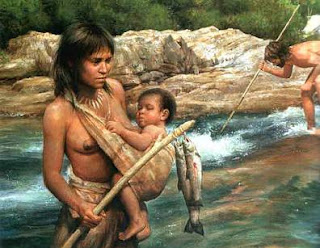 Think of a toddler out on the African Savannah two hundred thousand years ago.  Or, if you'd like, imagine a Cro Magnon man 50,000 years ago in the Ice Age in northern Europe.  What does that child need most if he's to survive?

The speed to catch a galloping animal?

The power to kill it with his/her own strength?

A keen sense of smell and sight to track down animals?

The 'duh' answers are no.  What did we have that made us an apex predator?  Two things: cooperation and knowledge.

Cooperation to hunt as a team and knowledge to be able to make weapons, traps, hooks, plans, an attack, to anticipate the animals reaction.

I hope you can see where I'm going with this.  What do both of those essential hunting strategies require?  Trust and a whole heaping hell of a lot of it.  It was paramount to trust, learn and cooperate as a team.  Not only in hunting, but also about where the watering hole was, that snakes aren't good children's toys, that this herb is good for this ailment and this for that ailment, how to plant, how to irrigate and understand the seasons, that fields need to lie fallow, and how to make fire, ad infinitum.
More recently, this has been increasingly true as the acculturation process has elaborated and years of training, drilling and parenting have become necessary to learn culture, language, rituals, mores, taboos, etc.  With all that kids have to learn there is hardly even the time to second guess the expertise and authority of those older than you.  And, what's more, hardly worth the effort since it is by far more reliable than isn't.  Bottom line: from survival on the African plains to the thriving in the metropolis trust we have evolved to be trusting machines.  It has meant our very survival. 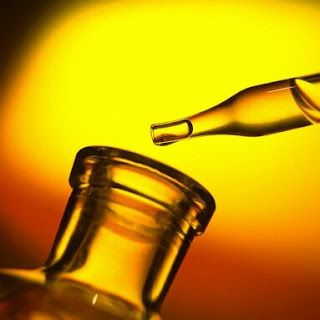 Science
Let's take an example.
When's your birthday?
How do you know that's really your birthday?
Well, your parents told you so.  And, ya, it can be backed up with a piece of paper from the hospital, verified with a reasonable development time line, interviewing the doctor, etc.  And, of course, why would they lie?  Chances are they wouldn't.  But, don't escape my point.
You don't really know.
It might be a completely different date.
There are many scientists that would object to me saying this, but science isn't all that different. (Yes, there are checks and balances--repeatability, verifiability, etc.)  I wasn't there when T. Rex was dug up, I wasn't there when the Mars lander touched down, I've never dived the Challenger Deep, I've never split an atom, I've never done the calculations for general relativity, etc.
And you know what?  Neither have the majority scientists that build off those verities.
Time, resources and money are majorly constraining fators.
Society simply isn't possible without an ENORMOUS amount of trust.  Trust that people mean what they say and that people will do what they're supposed to (like maintain water source, energy, provide food to grocery stores, punish criminals, etc.) We are immersed and tightly in these chains of trust being unable to function as a society without them.  Hardly anything we  know of great consequence we know because we've experienced it first hand.  One person found something out, taught another, then that in turn passed it on and knowledge accretes.  We'd be paralyzed if this weren't true.  There could be no progession of technology without it (Hmm, is a round wheel really better at rolling than a square one?  I'll have to try before I believe it...) 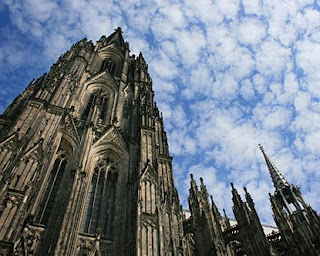 Religion
From the savannah to academia people, tribes, universities, citizens and friends have always functioned at some level on trust.  So, is religious faith so remotely incomprehensible to understand?  No.  They simply have extended their chain of trust a few more links to include the fantastical, the metaphysical.  In their mind the writers of the Bible were, in many cases, first hand witnesses to the events that they recorded.  And why would they lie?  No reason can be easily grasped (even for me) and therefore they are incorporated into the chain of trust.  It really isn't so hard to understand.  We're all experts in doing it.  You've probably done it a hundred times today.
Posted by Unknown at 9:06 PM