The presence of city lights will affect a host of organism's evolution.  For millions of years nocturnal species have been adapting to see better, hide better, use the moon and stars as navigational points and now all that is changing.  Instead of the dim glow of the moon city and suburb dwelling species are blasted with the brightness of the mid-day's sun throughout the night.  How will they change? 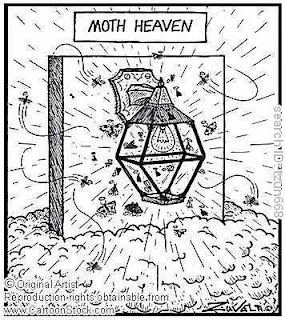 I started to think about this as I frequently run at night (about to do ten miles after I finish this).  The sights are familiar to us all: swarms of insects pounding their little heads on the street lights bulbs--like a moth to a flame as the proverb goes. 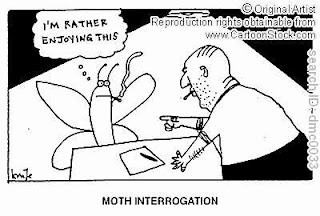 It isn't just the insects that will be affect.  It is also their predators and migratory animals.  It's a common occurrence for me to see toads perched below street lights waiting for a morsel and I can easily see how a evolution could easily select for toads that like the street light's glow (perhaps their eyes will change, perhaps their behavior).  I see the same to be true with bats.  Any smart bat will quickly realize that under a street light is the place to be for a quick and easy meal.  There is one large bridge that I run underneath that this is especially true and based on sightings and chirps I hear I would imagine there to be several hundred bats within the area (modern day 'caves'). 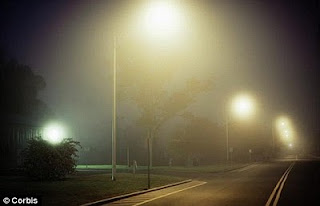 Due to light polution migratory birds are forced to travel 'blind' to the stars.  Many experiments have been in planetariums to show that birds do indeed orient themselves to various constellations.  If you turn the constellations in the planetarium, so do the birds turn the direction they fly and scratch in their cage.  With light pollution backscattering off the moisture, clouds and pollution of a city, how will migratory species deal in these visual orientation dead zones?  An increased ability to navigate by magnetic orientation?

What about circadian rhythms?  Another relatively frequent occurrence while I run is to hear birds chirping in trees near very brightly lit parking lots.  Surely this didn't happen before man.  Their brain is confused.  Is it day time or night time?  How will 24 hour light affect sleep patterns in animals?  Why stop there!  How will/does it affect us, humans, now!!!? 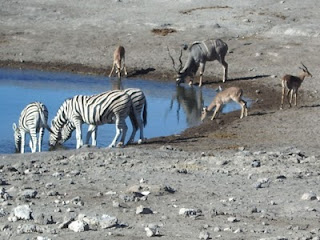 It might be helpful to think of the street light as today's watering hole.  Prey congregate there (not for water, due to an orientation short circuit, or possibly in the future to find a mate) and predators lurk in the dark waiting to pounce.

Questions that might be answered by experimentation: In a new housing development, would insects 'learn' to avoid bright lights at night to avoid getting eaten?  How have predators adapted to use this new 'watering hole'?  Are insects using lights as a meeting ground to mate?  Are circadian rhythms affected by street lights?  Are organism's eyes changing to deal with the new exposure (iris constriction) and/or spectrum used?  How are birds adapting to being 'blind' to the stars? 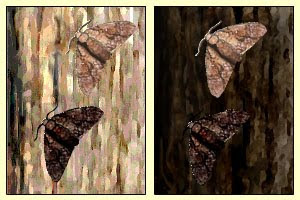 We all want to know what the future holds.  Go to any taro/palm reading/horoscope/end time prophecy section at the book store and it's abundantly clear.  What does the future hold for these night dwelling species?  How will they be affected by 24 hour lighting?  Just like the famous peppered moth near London that became darker due to predatory selective pressure to blend in with the soot from coal being burned, so will these species need to adjust their game plan to cope with a new pressure.
Posted by Unknown at 9:52 PM