What's the Evolutionary Purpose of the Hymen? 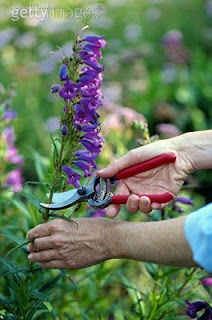 One of the things that I want my life story to represent, now that I've left the ministry, is that it is okay to question.  Scratch that.  It's essential.  The ability to ask questions and seek answers is what has made our species great.
While there is much about religion that I respect and admire, one thing that breaks my heart is that so many are paralyzed in fear from asking important questions.  I've been there.  If you question, you're a heretic.  If you question, you're listening to the devil.  If you question, you have sin in your life.  Science is different.  There's nothing too taboo to ask.  Nothing is sacred.  You can even ask about interesting sex related questions.  I think that's wonderful.
So, on to the task that has pitiful little evidence one way or the other.  I'll just list out some thoughts that I informally gleaned from the web (O, I should say that this is not intended to be super scientific since I'm no expert.  I more want to be heuristic and get your mind thinking about what questions you might have on your own!)
General Reasons to Many Mammals
Humans aren't alone.  Here's an incomplete listing of mammals with hymens: llamas, guinea pigs, bush babies, manatees, moles, toothed whales, chimpanzees, elephants, rats, ruffed lemurs, seals, et al.
Humans are born with a completely enclosed vagina.  After birth, at varying time lengths of time, it opens up.  Interesting article by a pediatrician on the subject of dealing with daughters that don't open :http://www.drgreene.com/qa/fused-vagina .  Apparently this affects 1-10% of girls and can be a serious health concern (possibly death if left untreated)
Might it stop a casual first encounter and cause females to wait until they have better development and/or judgement to pick the best mate possible?  Maybe.
Might it slightly reduce (at least for a time) contaminants coming in or too much fluid going out?  Could be.  Could this be involved with fostering the right kind of yeast and bacteria to out compete the 'bad' guys?   A idyllic tropical oasis for the right kind of bacteria?  Maybe.
Could pain be important to women's sexuality?  Is it bonding to go through the pain of defloration?  Like my earlier vid post showed, cats, as an example, need vaginal trauma to ovulate.  Hmm, well, if it's so important why does the pain lessen with frequency of copulation?  If this is true, it seems to put a lot of evolutionary emphasis on the first time.  Is that justifiable?
Specific to Humans
Could it have been selected for in humans as 'proof' of virginity?  Possibly.  Might this have been important to human males to verify with slight certainty that they weren't about to be cuckolded?  There's a chance, but the whole thing can be so variable I feel like that's thin ice to argue on.
One of the reasons that there is so little certainty in this respect is that there is such a wide variety of hymens.  Some women never have them.  Others have to deal with a completely enclosed vagina and, of course, everything in between.  It's a complicated matter, but it's great to have the freedom to ask questions.
Posted by Unknown at 7:05 PM